Knowledge is becoming increasingly important in our economies and Society at large, to the extent that a new expression has been coined to baptize this new development phase: the knowledge-based economy. Characterized by the growing contribution of production, dissemination and uses made of knowledge (intangible or immaterial capital) to the competitiveness of enterprises and nations, the knowledge-based economy calls for future citizens and workers to be taught a renewed set of skills, differing partly from those developed during the industrial era.

Several international organizations have set about defining this new set of knowledge and know-how on which our educational systems should concentrate to train future generations to meet the needs of a knowledge-based economy. These are the so-called “Skills for the 21st Century.” Several points are common to the investigations made by the OECD, by the ATC21 group of international experts or by the American organization P21, enabling identification of three main blocks: generic learning skills, innovation-oriented skills and collaborative skills.

Facing up to the IT revolution
The first block corresponds to our need to know how to manoeuver in an ICT world. Prof. Dominique Foray, professor at Ecole Polytechnique de Lausanne, emphasizes that we must be aware of the extent to which abundant, current information availability represents a truly revolutionary change. “Without going back to antediluvian times, we need only recall how difficult it was for people to obtain and access ‘instruments of knowledge.’ Gerbert d’Aurillac, a renowned intellectual, Pope of the 11th Century, had a personal library with no more than 20 works,” he recalls.

To manage this incommensurable mass of data and knowledge set free by ICTs, it is of prime importance to know how we should seek information sources, to select and sort them, to assess and organize the information rapidly and efficiently, in a framework called information literacy. And, given that accessed data can vary considerably in terms of quality, web-surfers must be able to distinguish, among the sources, those that are most reliable and guaranteed safe. Hence the importance of seeing pupils develop a critical and analytical mind. The objective will then no longer be just to know stricto sensu where to look, analyze and criticize knowledge sources; or, to reframe this, as Montaigne once wrote in the 16th Century, a child should have “a preceptor with a well-formed mind rather than a well-filled intellect” (The Essays, Book I, Chapter XXV).

This is all the truer nowadays when business sectors and jobs are evolving very rapidly, to the point that we do not know what young people today will need in a few years’ time, in terms of knowledge and know-how, to correctly exercise their professions. The fact is that ICTs, over and above freeing access to knowledge, accelerate the changes we can observe in the economies and Society, to the point that both the enterprises and the personnel must continuously renew their skills. It has become primordial to know how to adapt to these rapid changes and consequently to develop skills applicable to constantly evolving situations. “In a knowledge-based economy, learning is a life-long process” which provides for “added value for generic learning skills in contrast with mastering a specific list of technical skills,” summarizes Dominque Foray.

Once the relevant information and knowledge content have been identified, we must be capable of analyzing and transforming them to become new knowledge. As was noted in the OECD report (op.cit.), information has changed status, from source to product, leading to new knowledge and ideas. This requisite block of skills is based on the capacity to innovate, to create and to solve problems. Creativity occupies a key position, innovation being the key to a knowledge based economy. For the entrepreneurial world, creating and developing an innovation-intensive culture is crucial to success if the companies wish to preserve their competitiveness and indeed survive.

The creativity challenge
“Our system in France, our organization, the way we think, do not sufficiently encourage creativity, confidence, agility, interdisciplinarity or having an open view in the world” regrets Geneviève Fioraso, French Minister for Higher Education and Research (02/07/14, in La Tribune). These observations could be extended to many other countries and are singled out regularly by Sir Ken Robinson, a British academic recognized everywhere for his proposals to develop creativity in education and enterprise. It was moreover no small event that the TED lecture most seen in the world is one of his, entitled “How schools kill creativity”: no less than 30 million people have listened to this expert explaining, at TED2006, how our school systems today inhibit rather than stimulate creativity.

In his bestseller The Element Ken Robinson explains that “being creative is about making fresh connections so that we see things in new ways and from different perspectives.” Does everyone possess this faculty to be creative? Sir Ken replied, without hesitation, ‘yes,’ thereby tackling the myth according whereby only a few people have the gift of creativity. As he sees it, we all possess a considerable potential to create when we are born and indeed, creativity ought to be seen as comparable to reading and writing: all we have to do is learn and develop the skill. It is obvious that our school systems do not enable creative thought to blossom; on the contrary, they tend to stifle it and the reason lies in the ad-mass features inherited from a school organization established two centuries ago to meet the needs of an economic model based on industrialization. As Salman Khan, founder of theKhan Academy (a non-profit making charity providing free on-line access to highest quality teaching for anyone round the world) emphasizes, “the burden of that school model has become increasingly clear in our modern era, now that States no longer need a docile, disciplined working class able only to read, write and count, but more creative and curious workers, citizens involved in life-long learning with the capacity to come up with and implement new ideas.” 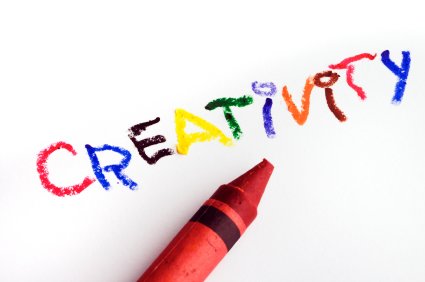 Various paths have been proposed by experts to remedy the problem of creativity development in schools. One consists of making schools notably more personalized, so that every pupil can discover his/her priority element and blossom. For Sir Ken, this calls for refusing any hierarchy among the subjects taught and accepting that science, sports and artistic work should be viewed on the same level. Salman Khan defends an idea which, at first sight, may appear far-fetched, that of setting up large classes, each with several teachers and children of mixed age groups, thus enabling them to work in small, groups that vary according to the subject studied and to the group’s needs, on a time-scale no longer measured in terms of hours nor by course subject. This would notably provide a way to develop collaborative skills and living in Society, the older pupils looking after the younger for certain activities. French biologist François Taddei advocates development of a question-intensive culture, with experimentations, too often absent from our classrooms where pupils become more passive than active.

Developing a culture like this requires that the learners be not afraid to fail. There is nothing worse than this fear to paralyze one’s mind. If you want to discover new ideas, you must be prepared to take risks and to make mistakes. Ken Robinson often repeats his belief that “if you are not ready to make mistakes, you will never discover anything original.” Unfortunately, current school systems tend to “punish” failure. It is obvious that – without rejecting outright all forms of assessment – they do not contribute to reassuring pupils that failing is acceptable and even necessary to the creative process. In the same vein, schools today do not value differences. In many instances, there is only one right answer to a question, whereas a creative approach enables students to propose new answers to a given problem, seen from a totally different angle or point of view. Conformity must be abandoned and intellectual curiosity stimulated.

Navigating among knowledge spheres
This is why those who advocate a school structure capable of developing creative, innovative and problem-solving capacities call for more interdisciplinarity. Prof. Eric Richard Kandel, American neuropsychiatrist, Nobel Prize laureate in Physiology or Medicine (2000) for his work on the physiology of memory storage, demonstrated that the process of memorizing information needs to be associated with previously information well-imbedded in our memory. This led Salman Khan to asserting that efficient teaching must concentrate on the associative chain that inter-connects subjects in an inter-disciplinary manner. The founder of the Khan Academy deplores that genetics are taught in a biology course and probabilities in mathematics, whereas the former are a direct application of the second or that algebra is separated from physical analysis whereas it derives from physics. Separating disciplines at school is deemed “artificial” and “arbitrary.” Schools must learn how to navigate among the various existing spheres of knowledge.

The digital revolution, in this light, appears as a possible source of improvement. To quote the authors of Le numérique, une chance pour l’École [The digital world, an opportunity for schools] “faced with the traditional school curriculum where encyclopedic accumulation of knowledge continues to be the dominant learning/teaching mode, where knowledge content continues to be organized in rigid blocks, the digital world appears as one of the ways we have to progress towards redefining the school programmes in a way better adapted to contemporary knowledge, know-how and skills, with a less boxed-in organization, more open to forms of collective intelligence.” In higher educational spheres, we have already observed that the MOOCs (Massive Open Online Courses) encourage collaborative learning modes where the professors and lecturers assume the role of facilitators rather than experts handing down academic knowledge.

This constitutes the third stage of the process: information, once sorted and selected, can be used to produce new information and provide more efficient solutions to problems if the process is carried out in a collaborative mode. In a knowledge-based economy, success stems not only from isolated individuals but also from work communities and networking. When individuals’ skills are aggregated, each member bringing his/her own sets of knowledge, of thought patterns and forms of intelligence, the end result is a higher level of creation. This is what Sir Ken Robinson calls “the alchemy of synergy”, i.e., an association of creative energies and the will to do the best one can to keep up with the peers, which in turn makes each participant surpass him(her)self. “In all domains, there have been powerful groupings of people who have driven innovation through their influence on each other and the impetus they’ve created as a group”, adds the expert Robinson. It is precisely this sort of alchemy that Silicon Valley or Sandbox are looking for – the latter being a focal site for ultra-creative young people that exist in every domain and have their origins all round the world.

François Taddei, director of the Interdisciplinary Research Centre, Paris (CRI), interviewed recently by ParisTech Review, considers it primordial to learn how to work in collaborative projects as early as possible. School should be the place where children learn the third block of skills needed for an “honest man” in the 21st Century, as we shall see in other sequels of this PTR series on Education.

Nuclear fusion: the road from dream to reality is long, very long! NEXT STORY