Is the digital revolution really a threat to employment?

The fears of jobs evaporating have proved unfounded every time since they were first expressed in 1772, thanks to new economic developments. The emergence of innovations and factors driving significant productivity gains has always been accompanied by a surge in household consumption – the production of new goods calls for job creation, thus replacing the jobs destroyed by productivity gains. Is it different this time? The important question, if a massive job destruction is to occur, will be that of transition. In other words, the ability to provide new skills to workers so that the transfer of threatened jobs to other expanding industries can occur. Another concern is the transformation of salaried jobs into independent jobs, threatening the very pillars of the welfare state. But it is not proven to-day. We are far from the growing uberization that is so frequently mentioned. The question may rather be to develop institutions allowing for this transformation, in order to get the full benefit of the digital revolution’s positive effects on growth.

The effects of the digital revolution on employment have fueled debate and triggered strong concerns, two of which are particularly striking. The first is quantitative, and argues that the current productivity gains associated with technological developments will reduce the amount of work and jobs available. The second is more qualitative, and anticipates a transformation in the very nature of jobs: salaried labor could be replaced by independent work, with workers connected directly with their clients via digital platforms. In this scenario, workers’ social guarantees and safeguards, fundamentally built into the framework of waged employment, would be threatened. To use an expression that has become common, it would facilitate the Uberization of the economy.

The evaporation of employment due to innovation has always been refuted

There is often talk of quantitative anxiety concerning the potential job losses associated with the development of information and communication technologies (ICTs) and the digital economy. In fact, as shown in a famous article by Mokyr, Vickers and Ziebarth (2015), this fear has been a recurrent issue since the beginning of the first industrial revolution, and it was expressed as soon as 1772 in Thomas Mortimer’s Elements of Commerce, Politics and Finance.

These researchers also point out that many economists have echoed this fear. In 1930, Keynes predicted that in a hundred years, a fifteen-hour working week would be enough to produce all the wealth necessary for man. This would be made possible by technological evolutions, i.e. productivity gains alone. He added with humor that he imagined “with dread” the alteration in habits that this would provoke and wondered about the risks entailed by such an upheaval: “Yet I think with dread of the readjustment of the habits and instincts of the ordinary man, bred into him for countless generations, which he may be asked to discard within a few decades. To use the language of today – must we not expect a general ‘nervous breakdown’?”

Keynes was partly right: in the most developed countries, the impressive productivity gains achieved during the twentieth century have financed both an extraordinary increase in the average standard of living and a reduction in average working hours, the latter having been reduced by more than half since the end of the 19th century.

But the fears of jobs evaporating have proved unfounded every time, thanks to new economic developments. The emergence of innovations and factors driving significant productivity gains has always been accompanied by a surge in household consumption – the production of new goods calls for job creation, thus replacing the jobs destroyed by productivity gains. In La Machine et le chômage (1980), Alfred Sauvy named this mechanism “overflow.” He gave the example of water carriers, present in great numbers in Paris at the beginning of the twentieth century (he gives a figure around 20,000) and whose jobs were destroyed by the installation of pipelines: jobs were created in other activities and no one regrets the disappearance of water carriers. The same occurred with many other jobs, generally not very rewarding ones, of which the disappearance contributed to the improvement of working conditions.

However, paradoxically, we can observe that this anxiety regarding the destruction of jobs due to the rise of ICTs and the development of the digital economy is very strong at a time when productivity gains are particularly low (cf. www.longtermproductivity.com).

Recent analyses suggest that many jobs are threatened by the dissemination of new technologies and the rise of the digital economy (1). According to Frey and Osborne (2013), around 50% of jobs in the United States (between 30% and 40% in the United Kingdom) could be “held” by computers or algorithms within ten to twenty years. In contrast, Arntz, Gregory and Zierahn (2016) put the proportion of jobs threatened in the medium term at only about 9% in the United States and other developed countries.

With such uncertain prospects, the important question, if this destruction does occur, will be that of transition. In other words, the ability to provide new skills to workers so that the transfer of threatened jobs to other expanding industries can occur. Autor (2015) hints at many areas where this expansion is likely, such as human services in our aging developed economies. However, a successful transition requires the development and mobilization of efficient and dynamic professional training systems and the reduction of many obstacles to professional mobility. 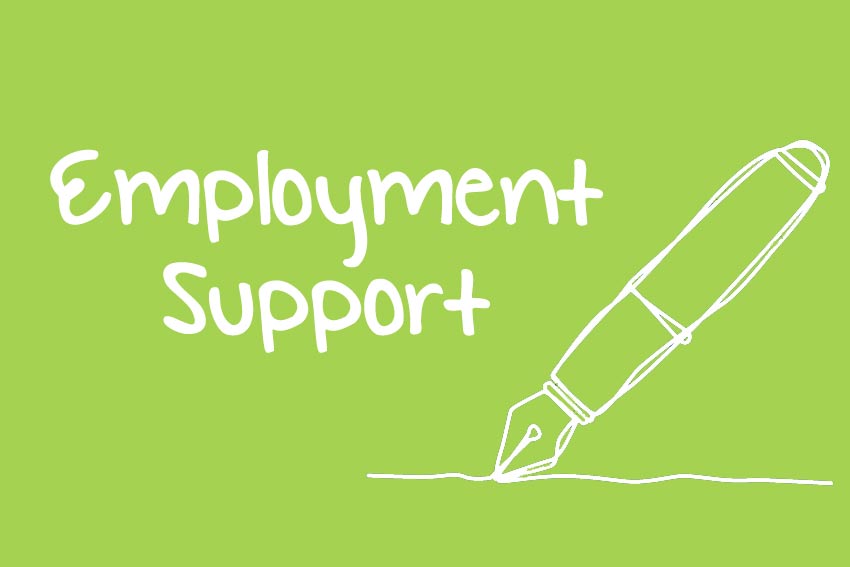 The transformation of salaried jobs into independent jobs is not proven

The other, qualitative anxiety consists in attributing to the digital economy a change in the very nature of jobs: waged labor might be replaced by self-employment and independent workers who are directly connected with their clients via digital platforms. Social guarantees and protections for workers, fundamentally built on a system of waged employment, would therefore be threatened by these new forms of employment, which have become frequent, if not a majority. Some see this evolution as the expression of the uberization of economy.

However, as shown in my book co-written with Jacques Barthélémy (Travailler au XXIe siècle, Odile Jacob, 2017), the facts belie these fears. In many developed countries, including the United States, the share of non-waged employment in total employment has been declining almost continuously and for a long time. In France, it has increased slightly since 2008, following the creation of a specific status, but remains under 12%, well below the pre-2000 level. This share has only increased significantly in two developed countries: the United Kingdom and the Netherlands. In both countries, as in other developed countries, an increase in non-waged labor is observed both for low-skilled jobs, such as home delivery or urban transport, and in sectors such as consulting and technical assistance to businesses or households, in which workers are on average very qualified and more highly qualified than the average of jobs in the economy as a whole.

But we are far from the growing uberization that is so frequently mentioned. This is not at all surprising: for low-skilled, self-employed jobs, what we are seeing is partly a substitution between different types of self-employment. The difference in status between a taxi driver leasing his car to a large taxi company and a limo driver reaching his customers via the Uber platform seems subtle: both drivers are self-employed. As for new independent activities induced by ICTs and the digital economy, in work with high added value and highly qualified labor, they are economically sustainable but quantitatively weak.

Therefore, it seems important to support the emergence, in particular activities, of highly qualified independent work. The aim is to reduce, and sometimes even to eliminate, certain regulatory constraints which would restrict the development of these transformations. It is also, at the same time, to develop rights and social guarantees comparable to those of salaried workers, for the self-employed workers concerned – as for all self-employed workers.

This adaptation has already occurred in several forms in many European countries, such as the United Kingdom, Italy and Spain. Barthélémy and I would like to broaden the scope of this reflection beyond the differences in legal status between employees and non-employees. Indeed, the dissemination of ICTs has the effect of reducing the concrete differences in work patterns between employees and non-employees, and in collective work organization structures. Thanks to the use of ICTs, many highly-qualified employees enjoy levels of autonomy comparable to those of many highly-qualified independents. As a result, the boundaries between personal and professional life have become blurred. The success of regulatory innovations in France, such as the creation of the flat-rate pay agreement covering days worked, as part of the Aubry laws, is testimony to this development. In 2014, 13.3% of employees in companies with 10 or more employees in the private non-agricultural sector were covered by the annual flat-rate pay in days. This agreement, which is widespread (47%) among professional and managers (cadres), is rare among non-management positions (3%). It is a right associated with professional activity, encompassing differences in legal status between employees and non-employees, that Barthélémy and I propose in this spirit. 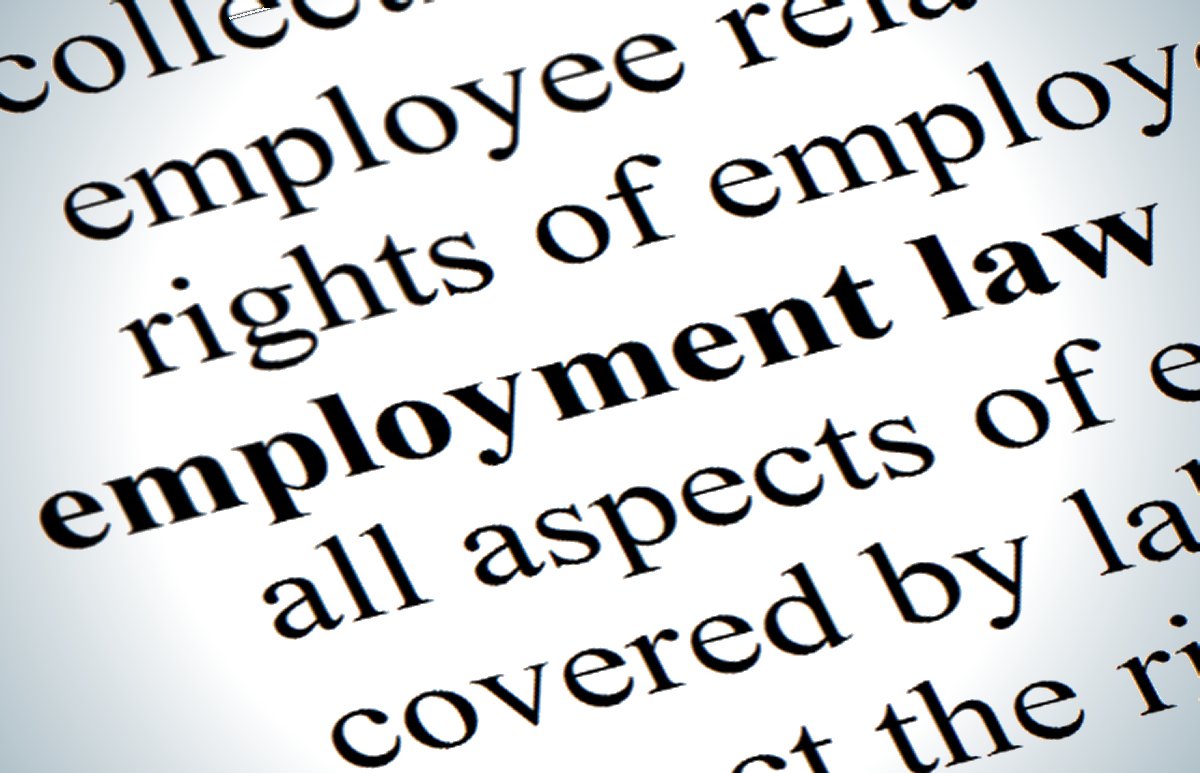 Not adapting would mean risking the re-characterization by the judge of many types of independent jobs as salaried jobs, as was the case for Uber drivers in California in 2015, or in London in 2016. In France, these recharacterization procedures could hinder the development of the activities concerned.

The full benefit of the digital revolution’s positive effects on growth will depend on the how institutions adapt. Structural reforms are needed to adapt institutions in many countries, which will otherwise benefit only partially from the impacts of new technology. Economies will have to be able to transfer many jobs from one activity to another.

Be that as it may, we will have to exclude the use of pre-retirement-type expedients, adopted from the 1950s to the 1970s, to absorb the disappearance of mining and steel jobs, as they result in both a waste of human resources and prohibitive costs. The transfer of jobs should therefore be managed through training and the adaptation of skills and qualifications. Not to mention the adjustment of labor law, which must extend its field beyond waged labor to encompass economic dependence. These are two of the main challenges of the digital revolution.

The views expressed in this paper are those of the author and do not necessarily reflect those of the institutions he belongs to. Images in the article are from internet and copyrights belong to the original authors.

Mokyr, Joel, Chris Vickers and Nicolas L. Ziebarth (2015), “The History of technological anxiety and the future of economic growth: Is this time different?”

Frey, Carl Benedickt and Michael Osborne (2013), “The future of Employment: How susceptible are jobs to computerization?”

Arntz, Melanie, Terry Gregory and Ulrich Zierahn (2016), “The risk of automation for jobs in OECD countries: a comparative analysis”

OECD Social, Employment and Migration Working Papers, No. 189, May.

Autor, David (2015), “Why Are There Still So Many Jobs? The History and Future of Workplace Automation”

Blockchain, a revolution of trust NEXT STORY