Why are we less and less intelligent? The role of endocrine disruptors

Several studies suggest that the intelligence quotient (IQ) has been declining since the early 2000s. The hypothesis of Barbara Demeinex is that endocrine disruption is one of the main factors contributing to this decline and in particular, that which affects the thyroid hormone. Many of the chemicals we are exposed to, including thyroid axis disruptors, not only circulate through the mother’s blood but also cross the placental barrier and into the amniotic fluid, at high enough levels to interfere with thyroid signaling. Hence, several epidemiological studies have shown in recent years that children born to mothers exposed to a high rate of thyroid disruptors have a lower IQ than those whose mothers did not incur the same exposures. The implementation of regulation is slow, despite potentially considerable societal, economic and health costs.

To what extent is chemical pollution responsible for the decline in our cognitive abilities as shown by observations since the beginning of the 21st century? In her book ‘Toxic Cocktail: How Chemical Pollution Is Poisoning Our Brains,’ biologist Barbara Demeneix points out the influence of endocrine disruptors on the thyroid hormone, particularly vulnerable because of the complexity of its synthesis and distribution. Given the crucial role of this hormone in the proper development of the brain during pregnancy and in the first years of life, pregnant women and young children are the populations most exposed to this risk.

Paris Innovation Review – Are we really less and less intelligent?

Barbara Demeneix – The concept of intelligence quotient (IQ) often prompts skeptical reactions but it is the best measure of intelligence available for the moment. Several studies indicate that IQ has been declining since the early 2000s. In many countries, for example, there has been a decline in the results of all standard IQ tests in very homogeneous groups such as military recruits in Finland and Denmark. In France, the results of tests on adults showed a decrease of 3.8 IQ points in ten years at the end of 2015.

If we take a look at the longer term, an article published in 2013 in the journal Intelligence expresses the view that the average intelligence has declined significantly since the late nineteenth century. This study is based on people’s response speed to visual stimuli and not on IQ tests, since these did not exist 100 years ago. Reaction speed and IQ are related. Taking into account the correlation between the two, the authors of this study deduce a drop in IQ of nearly 14 points between 1889 and 2004.

What do you think are the causes of this decline in our cognitive abilities?

My hypothesis is that endocrine disruption is one of the main factors contributing to this decline, especially that which affects the thyroid hormone. It is clearly established that the thyroid hormone is vital for the development of the brain: in case of deficiency during the growth of the fetus in its mother’s womb, the baby will suffer from cretinism. Fortunately, we no longer see newborns affected by cretinism nowadays thanks to post-natal treatment with thyroxine (thyroid hormone).  But today, we also know that thyroid hormone levels in the mother are determinant for the IQ of the unborn baby, even for the structure of its brain (the proportion of white matter vs gray matter). But many of the chemicals we are exposed to, including disruptors of the thyroid axis, not only circulate in the mother’s blood but also cross the placental barrier and into the amniotic fluid, at high enough levels to interfere with thyroid signaling. 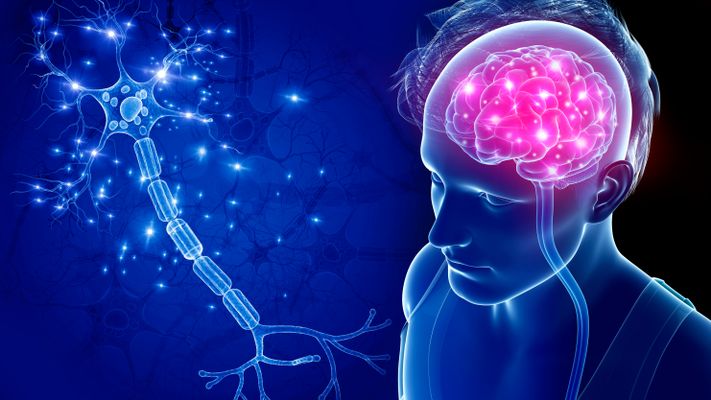 Hence, several epidemiological studies have shown in recent years that children born to mothers exposed to a high rate of thyroid disruptors have a lower IQ than those whose mothers did not incur the same exposures. For example, a Chinese study published in 2010 showed that children of women with severe subclinical hypothyroidism or many antithyroid antibodies all had lower IQs (up to 10 points less) than women without thyroid problems.

Other studies have linked the exposure of pregnant women to pesticides, phthalates or some flame retardants — products that are also thyroid axis disruptors — and the increased risk of giving birth to a child with autism spectrum disorder (ASD) or attention deficit disorder with or without hyperactivity (ADHD). For our part, we have demonstrated in our laboratory, on tadpoles, that “cocktails” of chemicals to which children are exposed interfere with the thyroid axis.

How do chemicals specifically disrupt the action of the thyroid hormone?

This can happen at any time: on the assimilation of the iodine, whose constant contribution is crucial for the thyroid function, on the synthesis of the thyroid hormone, on its distribution in the body, on the metabolism in the liver, the carriers that will allow this hormone to enter the cells or at the receptors of this hormone. We believe that the thyroid hormone is much more vulnerable to endocrine disruption than other signaling pathways precisely because of the complexity of its synthesis and distribution.

Given the importance of iodine intake for the proper functioning of the thyroid, do you think health authorities should focus more on this matter?

Absolutely, yes. One hundred and sixty years ago, even though scientists could not yet explain the mechanism by which iodine supplementation prevented cretinism, health authorities had taken all necessary actions to prevent these diseases. Nowadays, we do a postnatal screening to check the thyroid hormone level of the new-born child. We believe that by measuring this level and providing, if necessary, thyroid hormones, the problem is solved.

But, as we have learned over the last 20 years, the thyroid hormone is also fundamental before birth. We need a new awareness. Especially since there is still a widespread, false idea that sea salt contains iodine. At the time we realized the importance of iodine intake for pregnant women, sea salts, without any iodine, also appeared on the market. Iodine deficiency is increasing among the population, especially among pregnant women. This is dangerous as it has clearly been shown that even slight iodine deficiency can negatively affect the child’s IQ. The only salt that provides iodine is iodized salt.

What is the most critical period during pregnancy?

The beginning of pregnancy is an extremely vulnerable period to any form of chemical pollution: the brain develops very quickly and the whole organogenesis takes place. The first twelve weeks are exposed to greater risk but it depends on which substance we are talking about and how it affects the development of the brain. In fact, the entire pregnancy and the first years of life of the child are a very sensitive window of exposure to chemical and hormonal agents or dietary deficiencies. The critical nature of the first 1,000 days of the child’s life is often commented. 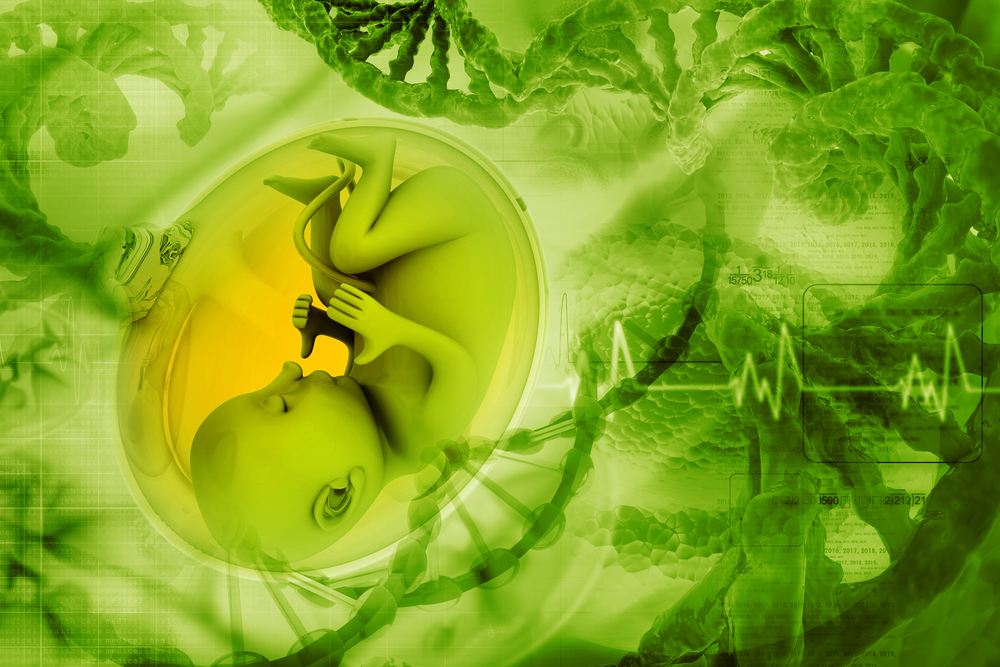 Moreover, a pregnant woman exposes not only herself and the unborn child but also the germ cells of her child. It has been shown that certain endocrine disruptors affect the development of several generations via epigenetic mechanisms, even when only the first generation has been exposed. Some mutilations of DNA can be transmitted from generation to generation. This has only been demonstrated for certain substances, but we need more studies. Bearing in mind that 143,000 chemicals are registered in the European Union, we don’t really know where to start… At the moment, the regulation does not take into account epigenetic risk at all.

What is your view on the current regulation?

At a certain level, I recognize that it is hard for regulators to decide whether or not a substance can be marketed, notably because politicians have still not decided which criteria should apply. Even without providing a definition, the European Chemicals Agency has classified certain substances as endocrine disruptors. Regulators try to do their best.

The implementation of regulation is slow, despite potentially considerable costs. I participated, along with a group of economists and statisticians, in an assessment of the societal, economic and health costs related to chemical exposure to two of the main categories of substances. The criteria selected were lower IQ and increased incidence of neurodevelopmental diseases such as autism or ADHD. The economic costs ranged from medical assistance to the loss of national productivity. Combined, these costs exceed €150 billion a year in the European Union. And we are only talking of a few endocrine disruptors. This is merely the tip of the iceberg.

What can be done at the individual level?

As I explain in my book, a number of simple actions can make a big difference. As a general rule, it is better to eat products from organic farming, particularly when it comes to fruits and vegetables, and limit the consumption of food that has been into contact with plastic packaging, and prepare as much food yourself as possible. It is also best to avoid non-stick frying pans, use stainless pans, and store food in glass or ceramic rather than plastic containers. Avoid warming up plastic containers in the microwave, even those considered as microwave safe, and avoid drinking coffee or hot drinks in cups with a plastic coating. Regarding cosmetics, better avoid those containing phthalates, triclosan and parabens. Put on a hat and a shirt rather than using sunscreen. For pregnant women, it is important to take mineral supplements and vitamins providing 150 μg of iodine on a daily basis and use iodized salt. 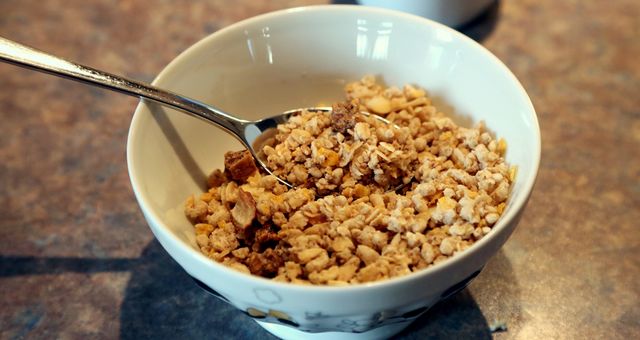 What are you currently working on and what are your plans for the upcoming months?

We are looking at the problems of chemical mixtures and how to better define their effects, in line with what we demonstrated in an article published in March. We also want to take a closer look at certain pesticides. We are not only interested in the effects of thyroid hormone but also on cardiac regeneration and stem cells of the brain.

Michael A.Woodleyab, Jante Nijenhuisc, Raegan Murphy, “Were the Victorians cleverer than us? The decline in general intelligence estimated from a meta-analysis of the slowing of simple reaction time”

(Images from internet and copyrights belong to original authors)

Nutriset: when humanitarian work is performed through the agro-industry NEXT STORY