How do great leaders process and manage information? Henry Mintzberg saw it as a black box. Do we know more today? Not much. And this ignorance may lead us to ignore profound developments that, through what they make of information, redefine the very role of CEOs.

He is a big boss, the CEO of one of the most powerful French and even global companies in his industry. He gets me in his vast, old fashioned office. I’ll show him my list of questions. They relate to how he acquires and processes information. He looks at the paper, then smiles. “I’m certainly not going to tell you how I deal with information. It would be showing my brain to my competitors. They would take advantage and destroy me.” End of the interview. He rises and, very courteously, shows me out. These are the great leaders in the face of information. Silence, unknown, secret. They don’t want to reveal themselves. Can they even?

Let us come back briefly to a more ambiguous term than it appears. A leader obviously needs to be well informed. But to say it that way suggests a form of passivity. Information, in the full sense, must be understood as an activity. It’s requires skills, know-how, talent, time and energy. Informing yourself means bringing together facts, images, mental representations, interpreting them, and building a representation.

Information is therefore a complex process that articulates two stages. First the acquisition of facts and data through a conscious process, such as reading, but also unconscious when the leader captures signals. Then putting together this set of signs, facts and data. This second step must not be neglected. All facts and data will only become information once integrated.

The analogy with computer science comes immediately. It’s illuminating. Computing distinguishes data – raw elements, which have not yet been interpreted – and information. It also invites to see information as a message that is processed, stored in files – here the human brain – then transmitted through flows and connectors to actors.

The leader’s information thus opens directly on the vast question of the circulation of information within the company. Management science has long identified the importance of both understanding what makes an organization effective and analyzing the power games associated with possession of information. “An organization is a set of individualities and groups pursuing different goals. That’s why information isn’t something innocent,” wrote James G. March, one of the best management theorists. 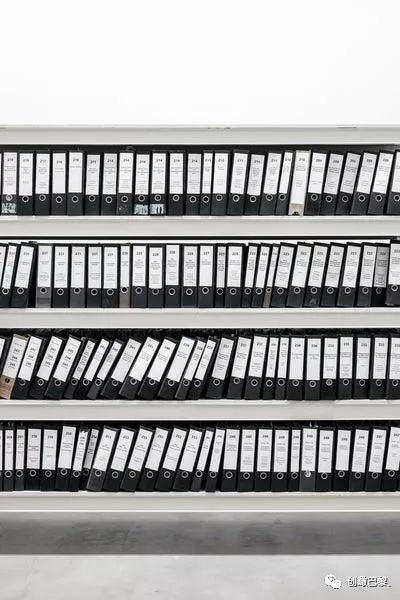 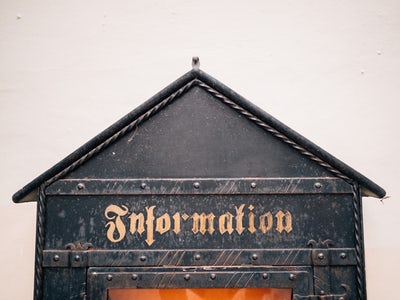 It is all the more striking that to this day management science has not said much on the very special way CEOs deal with information. Not that nobody has tried. But the subject remains largely untouched. “There is little evidence supporting an understanding of how decision makers use information and make decisions,” wrote March 1991. There has been little progress since then. One of the most complete scientific work on corporate executives (Comités exécutifs. Voyage au cœur de la dirigeance, 2007) does not even mention the subject. We are back to the “black box” mentioned in 1984 by Henry Mintzberg deploring that the way he deals with information is locked in the leader’s brain.

This is a crucial issue. The study of how CEOs acquire, process and make information theirs would help to better understand the operation of the company, the way decisions are made and thus how the economy works. We must therefore take the matter back.

What is the point of information? To make decisions, of course. Auguste Comte wrote: “knowing in order to predict in order to rule.” But the role of information in decision-making may be overestimated, and it is not always clear. Are all decisions really well informed?

More modestly, it could be said that information is a reducer of uncertainty. Uncertainty being pervasive, the information – which is the antidote – is one of the main assets that the economy can provide, explains Frank Knight, the economist who introduced the distinction between risk and uncertainty. This opens up both fundamental issues such as press freedom or pluralism, and technical issues with high impact such as financial information or the quality of public statistics.

It is also a problem-solving factor. It makes it possible to move forward, to formulate the results or to maintain skills. This is the whole issue of indicators and more generally feedback in the implementation of strategies. Information improves the organization’s performance.

Information is not just intended to verify and correct past decisions. It is about the future. 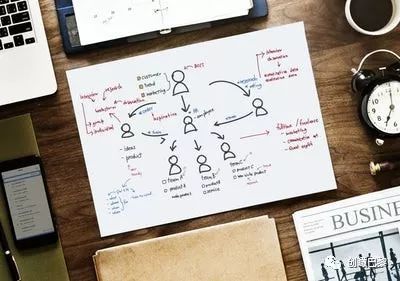 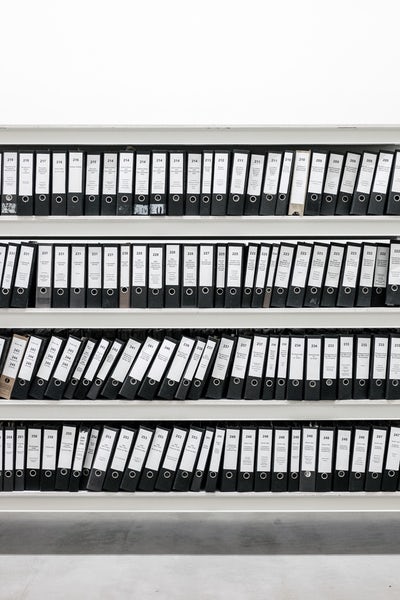 But information is not intended to verify and, if necessary, correct past decisions. It is about the future. Information seems crucial to lead a company in a world where catching up is no longer an option, a Schumpeterian world where innovation is the only possible way to make a difference and, ultimately, survive. It allows the company to adapt to its environment, to capture the changes underway, to avoid mistakes, to save time and thus to save the organization’s resources – but also those of the leader. “A better knowledge allows you to save your power,” says Philippe Baumard in a pioneering book on economic intelligence, Strategy and Surveillance of Competitive Environments (1991). The intelligence function can be delegated or even outsourced, but it must remain connected to the decision-maker because it is a major element of strategic direction.

The three missions of the CEO

What are the different categories of information that executives need? At first glance, one could distinguish the information describing the company’s internal situation and those reflecting the external context. But other classifications are possible.

In an article often quoted “The design school: Reconsidering the basic premises of strategic management,” 1990)  Henry Mintzberg established that managers distinguish three types of information: firstly, punctual information to understand a particular problem; secondly, the information necessary for the management of the company; finally, general information to address what is happening in and outside the company in relation to strategic developments and redistribution processes. 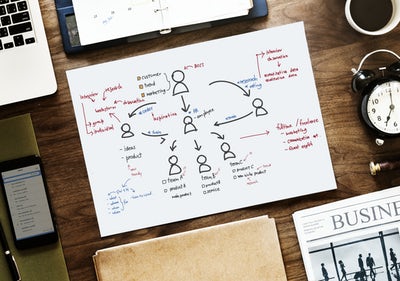 A third classification, that of Bengt-Åke Lundvall, decomposes economic information into know what (the facts), know why (scientific knowledge) and know how (tacit knowledge).

Finally, a fourth classification by  Bruno Henriet et Maurice Imbert distinguishes the operational information, which allows action to be taken, and the information that is used to form a representation.

This latest classification seems the most operative. A business manager must work on two and only two plans: daily operations and the future. They must both look after the most trivial details of the business and think about what’s next. They therefore need both operational and evocative information. Henriet and Imbert’s typology reflects the reality of the leader’s role. It also has the merit of incorporate easily Mintzberg and Lundvall’s categories. Operational information includes the first two categories of Mintzberg (one-time information to deal with a particular problem and information necessary for the company’s steering) and the first two categories of Lundvall (know what and know why). Evocative information includes Mintzberg’s third category (general information to apprehend what is happening in and outside the company) as well as Lundvall’s third category (know How).

These classifications highlight the link between information and the three missions traditionally assigned to a CEO: maintaining relationships with shareholders, organizing the company to carry out a project, designing the company’s strategy. Relying on this classification of missions makes it possible to highlight what differentiates a CEO from top managers. They also acquire, treat and use a considerable amount of information. But unlike the CEO, though they participate in these three missions, they do not have the decision-making role. This dramatically changes their use of information.

Shareholders demand that the CEO’s information be pointed out and validated – in order to convince them. The operation of the company requires regular feedback to control what is going well, but also – and above all – what works badly, and here the CEO has a political role, by giving a meaning to the operations. But the key point is the design of the company’s strategy – which can only be done by thinking of the future, from information acquired in the past and dealt with in the present.

The information needed by a CEO must correspond to a one-year perspective, such as the launch of a new product, or several years (the purchase and restructuring of a company), or even ten years (the construction of a giant plane). Information must allow them to anticipate future events. It comes from the company, or studies, but also, and perhaps above all, from unrepetitive data gathered in a context of uncertainty.

Formulate a vision, order a narrative

These unrepetitive data can be ignored. They are only used, they only exist through the will of corporate leaders, points Humbert Lesca. It is this high-value information, very different from those that irrigate the entire organization, that shows the proactive work of CEOs to acquire, process and capture information.

The use of information is evolving, and with it the theories underlying its analysis and treatment. Information useful to leaders, contrary to what was true in the past and remains true for the lower levels of the organization, is no longer an immediate object.

A truly useful information is rather one that changes the leader’s vision and understanding of the reality.

CEOs use this highly valuable information in order to modify perspectives, rather than to have a direct effect on decisions. Most of the information collected and registered in organizations is not primarily to provide direct support for decision-making. It is rather a basis for interpreting the facts and building coherent stories. As a sense emerges from the information and decision processes, each individual decision is integrated into this narrative. March notes that research on data processing shows that exploratory analysis of data collected without reference to any specific use is clearly taking precedence over prior formulation of information needs. 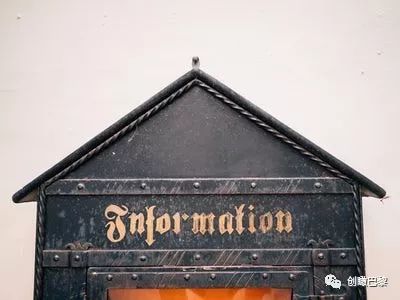 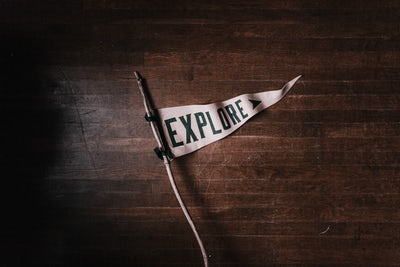 March highlights the consequences of this analysis: the information gives its meaning to a decision-making situation and therefore modifies the structure of the options and preferences sought. It becomes a topic of conversation and ultimately contributes to a change in decision-making strategies.

A good information strategy moves the whole “information, desires, options” together in a productive direction by simultaneously developing the ideas of what is “productive” and the instruments to achieve it. The information provides a background of knowledge and meaning, usable for possible actions or to make sense of experience. It is an investment in a collection of knowledge and a help in defining and selecting preferences and options.

Information might allow the CEO, more than anything else, to tell the future of the organization and give it some meaning. This leads us to a paradox. The great leader, the so-called decision maker, does not acquire information to make decisions, but rather to turn that information into knowledge, to formulate it and inoculate it in the organization in order to invent its future. Today, and even more so tomorrow, the role of the leader is increasingly to draw up the ever changing picture of what will happen.

Learning from CEOs: What It Takes to Get to the Top and Succeed
邮件 RSS 微信 微博 Facebook Twitter